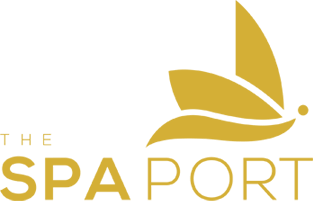 a) The Spa Port (hereinafter the “Company”) is a private company with limited liability under Irish law.

b) When performing its orders, the Company only acts on behalf of the purchaser being the person or organisation or company who accepts a quotation of the Company for the sale of goods or whose order for goods is accepted by the Company (hereinafter the “Purchaser”).

a) An agreement (hereinafter also referred to as “the order”) between the Company and the Purchaser is binding on both parties when the Company confirms the order in a written order confirmation. The Purchaser is understood to encompass the actual person placing the order, as well as the entity/natural person on whose behalf the order is placed, regardless the legal relationship between these parties, whether it is as agent, direct representative or any different relationship whatsoever.

b) All quotations made by the Company are without any obligation on their part and their pricing and/or samples are merely indicative. Final prices will only be established upon invoicing by the Company. Small and usual deviations in size or weight do not compromise the conformity of the order.

c) The Purchaser is obliged to inform the Company on all possible applicable laws and regulations, licensing, custom formalities etc. seeing to the order and its delivery location. The Purchaser is liable for any extra costs incurred due to the Purchaser furnishing the Company with incorrect or incomplete information.

d) An order can be cancelled up to 72 hours before handover to courier/ dispatched from The Spa Port facilities.

e) Regardless the above under (d), the Purchaser is always obligated to pay to the Company all costs for shipping, import/export documentation, licenses, insurances, custom formalities etc.

f) The Company endeavours to offer suitable cancellation terms, however this is dependent on individual suppliers return policies. The Purchaser shall be liable for any costs incurred for cancellation of orders.

g) All quotes and estimates are valid for a period of 30 days from date of quote, unless otherwise stated.

a) The Company strives to deliver the order on the day as indicated in the order confirmation. This date of delivery is only indicative unless explicitly agreed otherwise in writing.

b) Delivery of the order takes place on the location (“delivery location”) as specified in the order confirmation. The Purchaser is responsible for the availability and accessibility of the delivery location, as well as for any relevant formalities.

When the order or any part thereof is not accepted and received within due time, the Company is entitled to, in view of mitigating damages, take back the goods or part thereof, to sell off the goods for expense and risk of the Purchaser or to depose of the goods otherwise.

d) The Company will diligently pack the order. When the order is subject to additional packing requirements due to possible applicable law and regulations, transport requirements or delivery location, the extra costs are borne by the Purchaser.

b) After receipt of the order, the Purchaser is fully liable for any damage to the order. The Purchaser is obliged to properly care for, store and insure the order, whilst assuring that the order remains separately identifiable as property of the Company.

c) The Purchaser is allowed to, within his normal business activities, sell and deliver (parts of) the order to third parties, but without prejudice to the Company’s reservation of ownership and with the express notification thereof to said third parties.

a) The Purchaser is obliged to pay within the period as set out in the order confirmation. The Purchaser is not allowed to set off any payments against any (alleged) claim against the Company.

b) When the Purchaser does not pay within the period as set out in the order confirmation, the Company is entitled to demand payment and if payment is not forthcoming, the Company will initiate legal recovery proceedings against the Purchaser.

the Company is not liable for any faults/defects, or any damage caused by such fault or defect, in products that the Company acquires from third parties. In case of such damage, the Company will strive to claim such damage on the party responsible.

b) The Company’s liability is limited to the total value of the total relevant order.

(c) The Purchaser is liable towards the Company for any damage as a consequence of the incorrectness, inaccuracy or incompleteness of instructions and data, as well as the failure to supply, or to do so in time, documents and/or instructions, which is the fault or negligence of the Purchaser, his or her servants and agents.

If the Purchaser fails to file any complaints within the abovementioned time period, the order is presumed to be delivered as per the order confirmation.

Complaints relating to non-visible defects or faults must be duly notified to the Company in writing within 12 hours of the moment of discovery.

Regardless the above, the Purchaser grants the Company reasonable time to, at the Company’s choice, to repair, replace or take back the defect or faulty goods.

The Company is not liable for any faults or defects when:

i. the order contains used or damaged goods;
ii. the Purchaser already processed the goods;
iii. the defects or faults are result of normal wear and tear.

b) All agreements to which these general terms and conditions apply shall be governed by
the law of Ireland and are subject to the exclusive jurisdiction of the Courts of Ireland.

c) The Company will treat any details it receives from the Purchaser regarding the Purchaser’s vessel, the owner, the financial accounts and vessel operations as strictly confidential and shall maintain the secrecy of the foregoing information and shall use it only for the execution of the order.

d) If one or more provisions of these general terms and conditions are void or voidable, the remaining provisions will remain in full effect.

The Spa Port ships globally using the most time efficient manner to suit their client’s requirements.

The Spa Port endeavours to be as ethical and as eco-friendly a company as possible.  We package our orders using locally sourced up-cycled and bio-degradable packaging where possible.

Design By Bold Craft Marketing
We use cookies on our website to give you the most relevant experience by remembering your preferences and repeat visits. By clicking “Accept All”, you consent to the use of ALL the cookies. However, you may visit "Cookie Settings" to provide a controlled consent.
Cookie SettingsAccept All
Manage consent

This website uses cookies to improve your experience while you navigate through the website. Out of these, the cookies that are categorized as necessary are stored on your browser as they are essential for the working of basic functionalities of the website. We also use third-party cookies that help us analyze and understand how you use this website. These cookies will be stored in your browser only with your consent. You also have the option to opt-out of these cookies. But opting out of some of these cookies may affect your browsing experience.
Necessary Always Enabled
Necessary cookies are absolutely essential for the website to function properly. This category only includes cookies that ensures basic functionalities and security features of the website. These cookies do not store any personal information.
Non-necessary
Any cookies that may not be particularly necessary for the website to function and is used specifically to collect user personal data via analytics, ads, other embedded contents are termed as non-necessary cookies. It is mandatory to procure user consent prior to running these cookies on your website.
SAVE & ACCEPT